After the first Pharaoh Narmer invaded Lower Egypt the Old Kingdom would thrive from approximately 2690-2180 BC. Over the next 5,000 years the ancient Egyptians would see dark periods, including decades or even centuries when foreign invaders would rule. The invaders would bring with them settlers and inevitably the culture and customs from their home region.

The territory the Ancient Egyptians controlled during the New Kingdom encompassed lands as far north as modern day Syria and Turkey, and would thrived from approximately 1550-1065 BC (more than 3,000 years ago). This later period of Ancient Egypt is considered one of the most prominent because of Ramesses II, also known as Ramesses the Great. Ramesses the Great is widely considered to be the Pharaoh from Exodus, the story of Moses in the Old Testament.

Ancient Egypt was a multicultural society, with the vast majority of the population originating from various areas inside and around the region of Egypt (i.e Ethiopia and Sub-Saharan Africa – more specifically what we call Sudan today, also known as Nubia or the Kingdom of Kush).

Something that is too often overlooked or maybe not even considered is that Ancient Egypt was around for more than 5,000 years. Imagine what a modern day country could go through and look like after 5,000 years. It boggles the mind to think what has been erased from history forever – from the people of the region, to what the ancient Egyptians may have learned after thousands of years of collective knowledge. 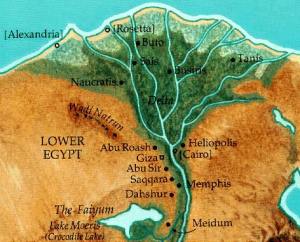